In the preliminary composition, David was originally depicting grasping his sword by the blade and not by the handle. The ghostly form of the original hilt can be seen higher up on the blade. David's hands were also eventually repositioned. 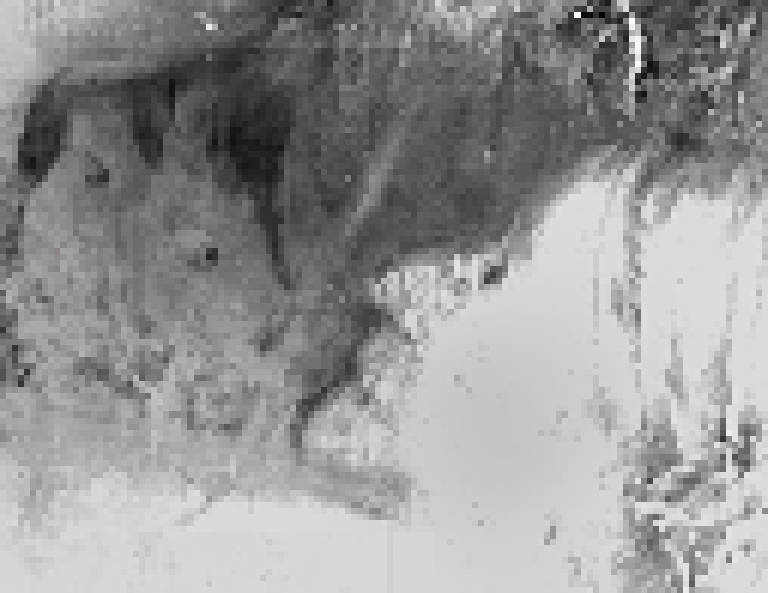 On the left side of this IR reflectogram two small dark eyes are faintly visible, originating from the head of a small child. This figure was ultimately painted over during the final painting stages. 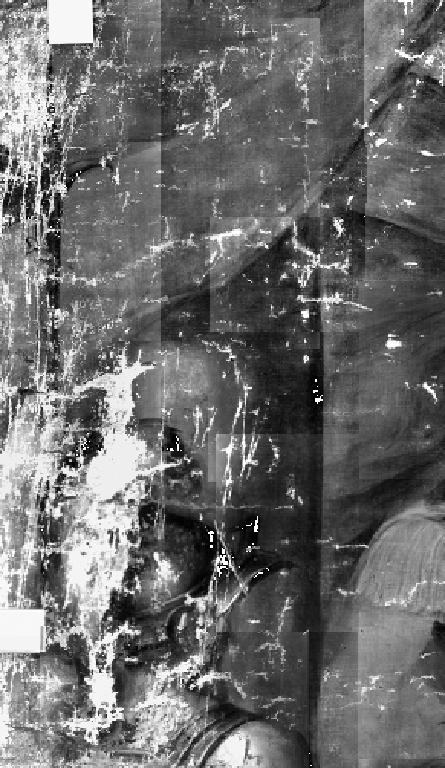 The IR reflectogram of the upper left corner revealed the pattern of folds in the drapery but more importantly the original shape of the weapon that is held by the standing soldier. Previous restorers misinterpreted the weapon to be a spear; however, the black outlines of a halberd, a combined spear and battle-ax. The IR image helped the conservation team during the retouching phase of the treatment to restore the shape of the original halberd.