King Saul's crown was higher and the contours of his mouth, beard, and face have been altered, and Abner's helmet was lower and embellished with a very large feather plume. 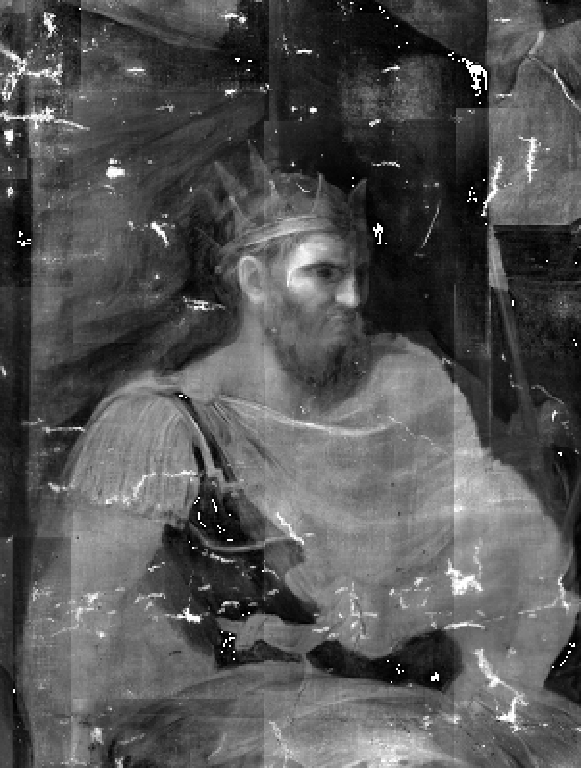 The IR reflectogram of King Saul revealed slight adjustments to the contours of the face, mouth, and beard. More prominent in the IR image is the original placement of the crown which was initially much larger and positioned higher up. 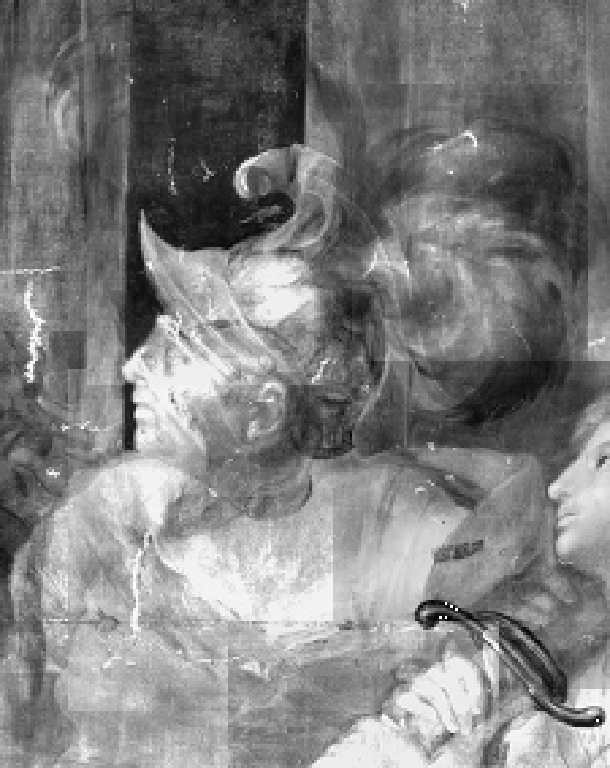 Abner, the head of King Saul's army, was originally adorned with a helmet possessing a prominent feather plume. The IR reflectogram also reveals that Abner's entire head was positioned much lower during the early painting stages and was shifted upwards.