Fills continued to be applied to areas of loss throughout the bottom half of the painting. The team began to tone the white fills (both new and old) with red-brown colored gouache paints (Pictured here: Tia Polidori)

A detail of the left edge during fill application. Note the presence of both old and new fills; areas of loss where the canvas has been left exposed have yet to be filled. 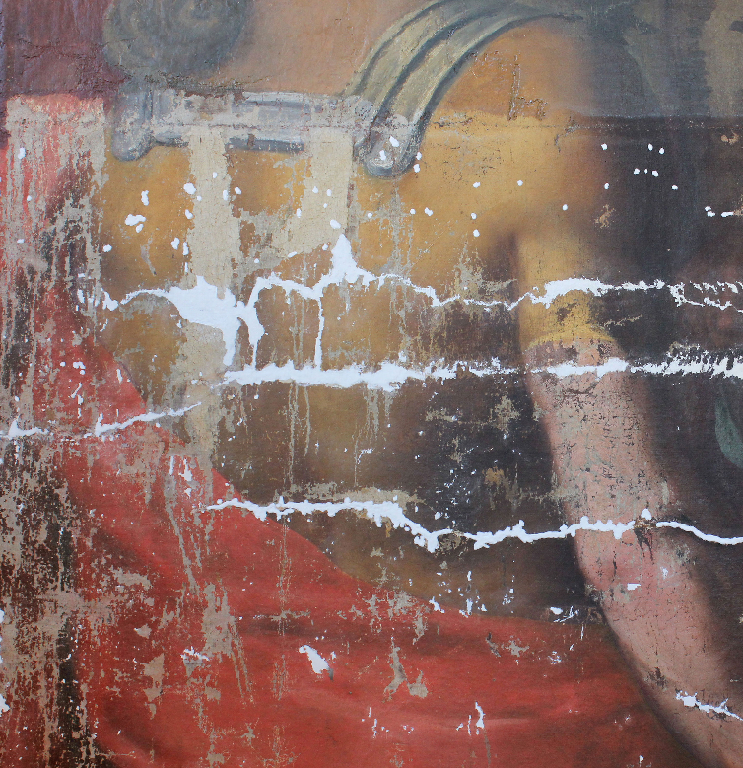 A detail of the left edge after fill application and during the toning process. Red-brown colored gouache paints were applied to all areas of fill in order to match the original stratigraphy of the painting, Cross-sectional analysis revealed that the artist applied at least two coats of red-brown paint to the canvas to serve as a ground layer before working up the composition. 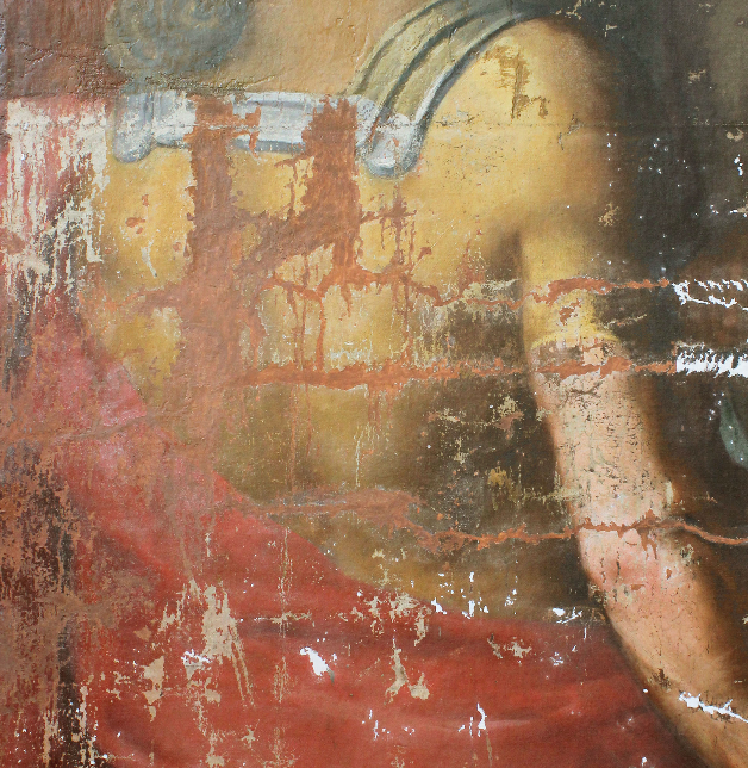