Continued with Cleaning Upper Half Continued with removal of varnish/overpaint throughout the top half of the painting (Pictured here: Ellen Nigro). 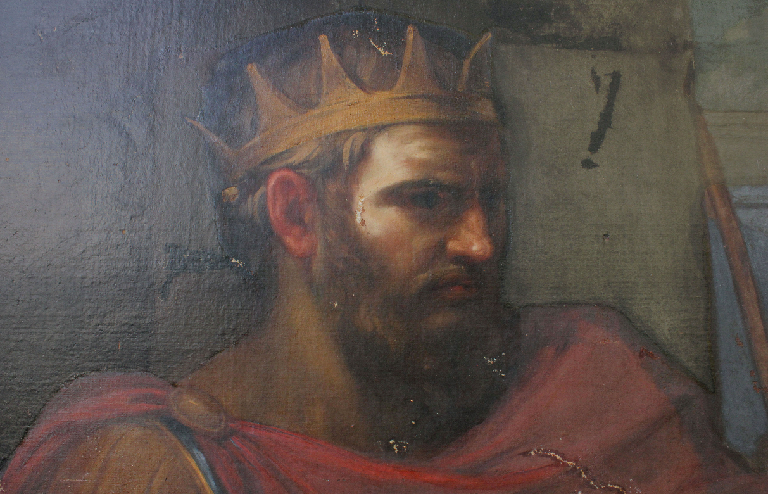 Beautiful, subtle details in King Saul's face as well as the colors of his vibrant red robe were revealed after removal of the discolored, degraded varnish. 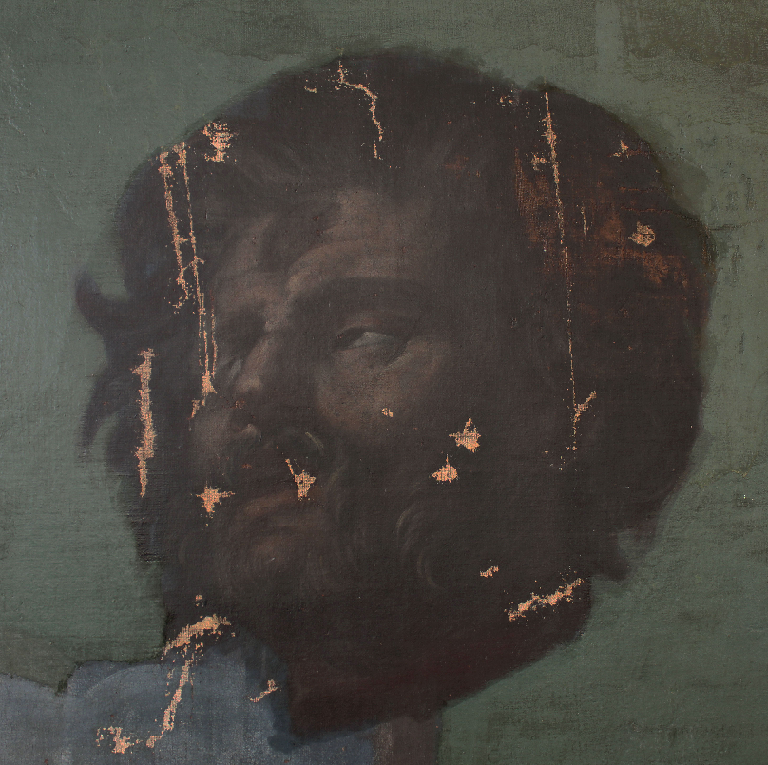 Goliath's head was executed skillfully and fairly quickly, using a darker palette to convey a somber effect. Many of these details were revealed during the cleaning process as well as old tears and abrasion to the paint layer that had occurred during a previous restoration attempt. 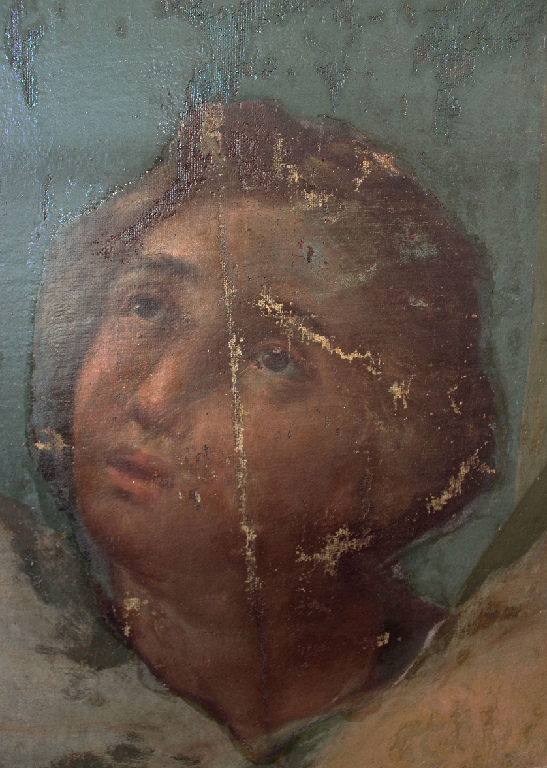 This particular female head was applied directly atop the blue sky during the final painting stages (please refer to the X-radiography section). Unfortunately, this area eventually suffered from significant degrees of blanching in the varnish and darkened overpaint due to previous restoration attempts. During varnish removal, many of the original details in the face were successfully recovered