Continued cleaning and consolidation on upper half of painting. Significant portions of the sky and background architecture were found to be heavily overpainted (Pictured here: Ellen Nigro). 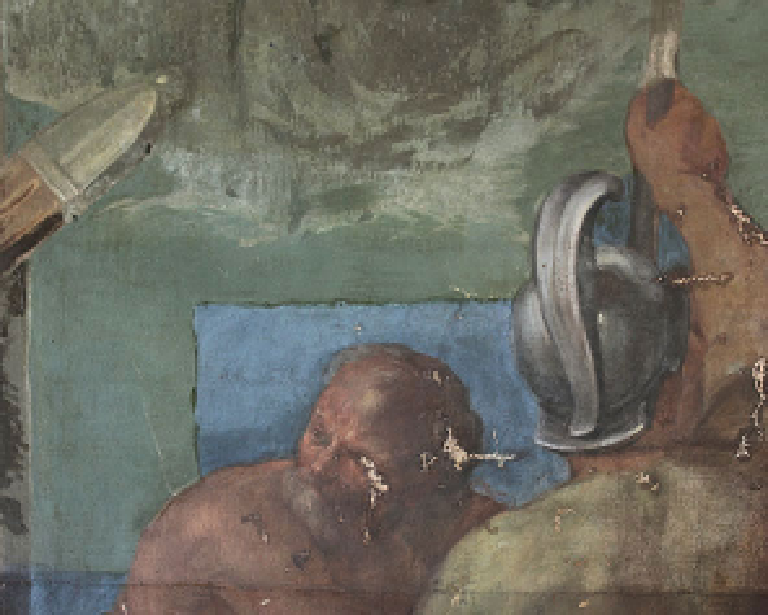 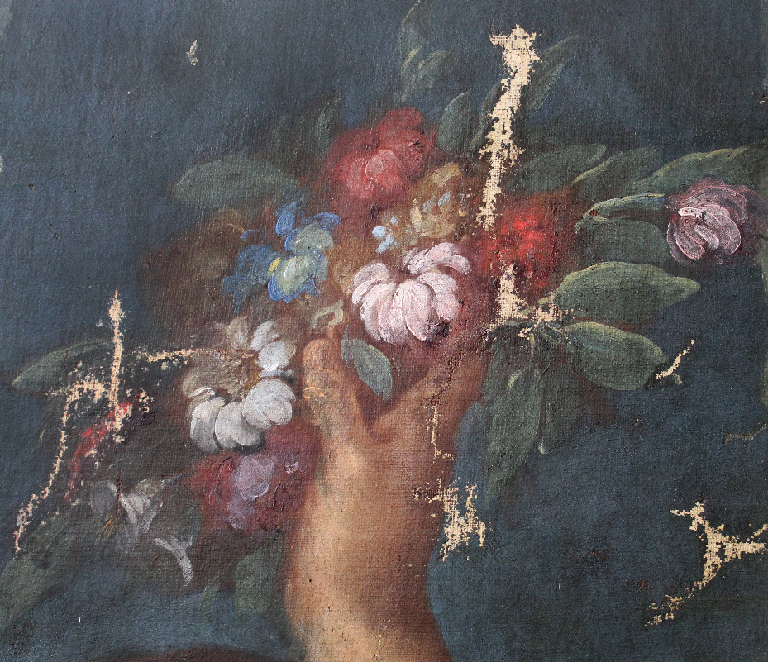 Significant areas of blanched varnish were found covering sections of the flowers, particularly the green leaves that were painted using green earth or terre verte

Viewing the painting using oblique, raking light helps to illuminate areas that remain covered by the thick, glossy varnish and overpaint. In this image only Abner's head, neck, and clothing has been cleaned. 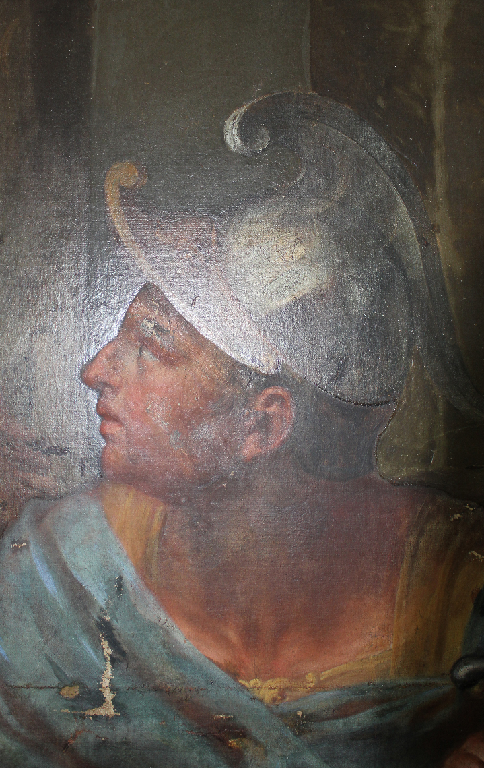 In normal visible light other details were noted during the cleaning process. Curious striations and patterns became visible throughout Abner's head and neck; upon closer inspection the team realized that the artist had made a significant change in this area of the composition. From the tiny losses in Abner's face it is possible to detect a cool, grey color coming from underlying paint layers. Read more in the Infrared Reflectography and X-Radiography sections.) 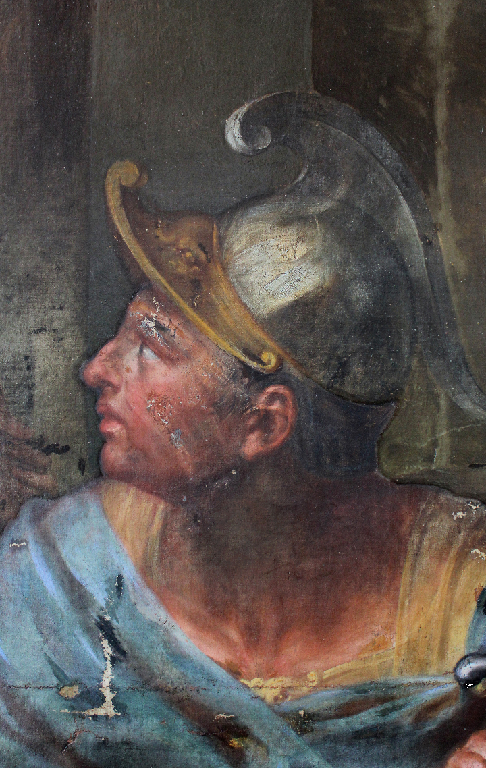